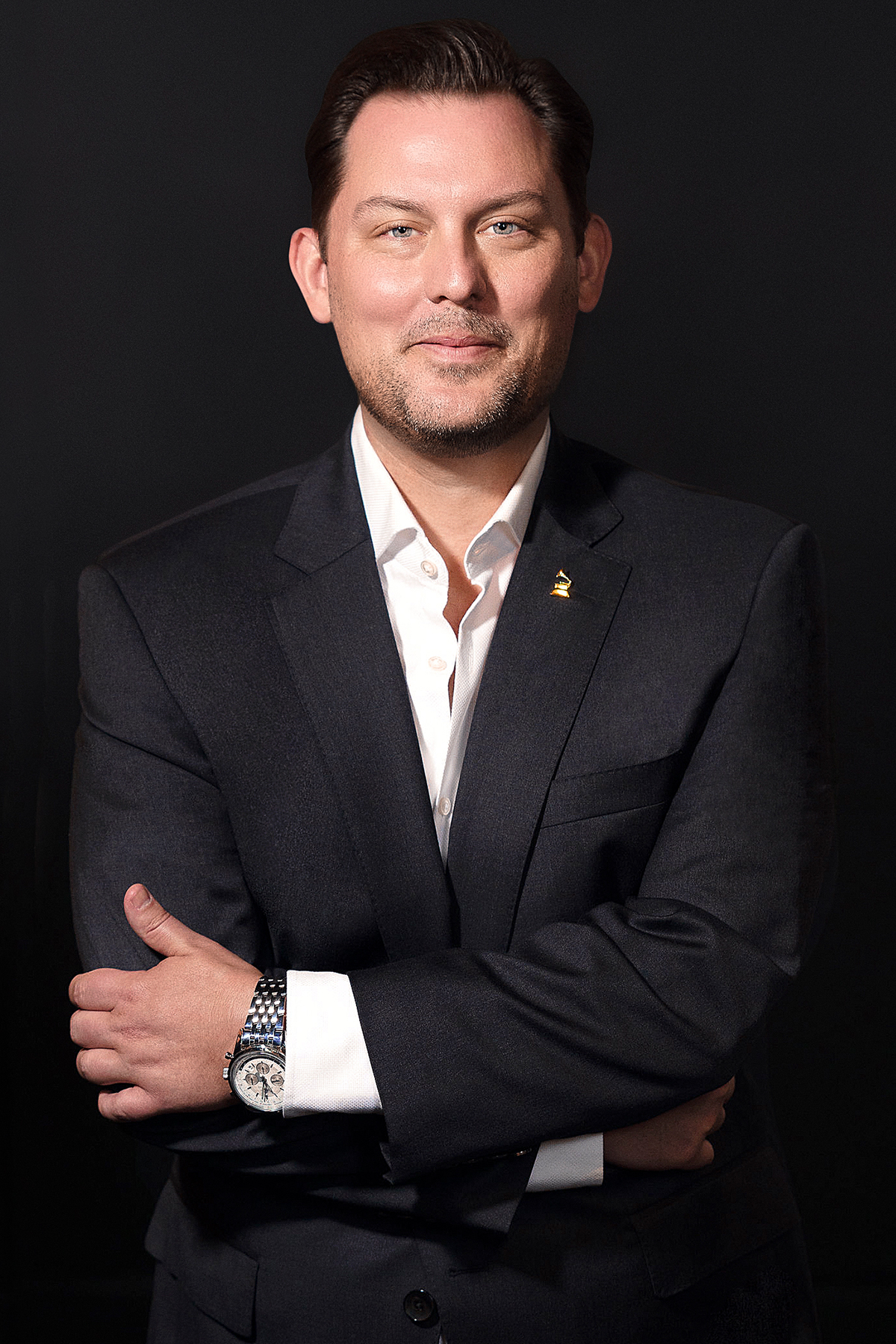 Michael Sticka serves as President/CEO of the GRAMMY Museum, having been appointed in June 2018 after serving as the Recording Academy’s Assistant Controller/Director of Accounting. In his role, he is responsible for collaborating with the Board of Directors to create and execute the Museum’s strategy of growth and sustainability as an independent nonprofit arts organization. Since taking helm of the GRAMMY Museum in Los Angeles, he has led a team that has accomplished double-digit year-over-year revenue growth in all key areas of its mission, including attendance, membership, retail, event sales, and public programs. Additionally, he oversees the Museum Foundation’s national programming, including its GRAMMY In The Schools, grants for music research and preservation and national affiliates.

In his first year, he successfully raised more than $5.5 million in partnership with the Recording Academy and the Latin Recording Academy to launch a multimillion-dollar renovation of the Museum in downtown Los Angeles, building the only gallery dedicated to Latin music in California. An advocate for accessibility, the GRAMMY Museum became the only museum named as a Certified Autism Center in California. Sticka successfully navigated the Museum through more than 12 months of closure due to COVID. Within five days of closing the Museum, he led the team to create one of the first and most robust museum digital presences anywhere in the country by creating GRAMMY Museum at Home, a collection of virtual exhibits, artist programs and educational content available free to educators and music lovers worldwide. Building upon its culture of innovation, the Museum launched COLLECTION:live, the official streaming service of the GRAMMY Museum available on all major streaming platforms.

Prior to joining the Academy, Sticka spent close to a decade in management, consulting for nonprofit organizations and co-founded the Zoot Theatre Company in Dayton, Ohio, which had a successful 10-year run of producing theatre for schools and arts organizations.

He holds a bachelor’s degree in economics from the University of Dayton. 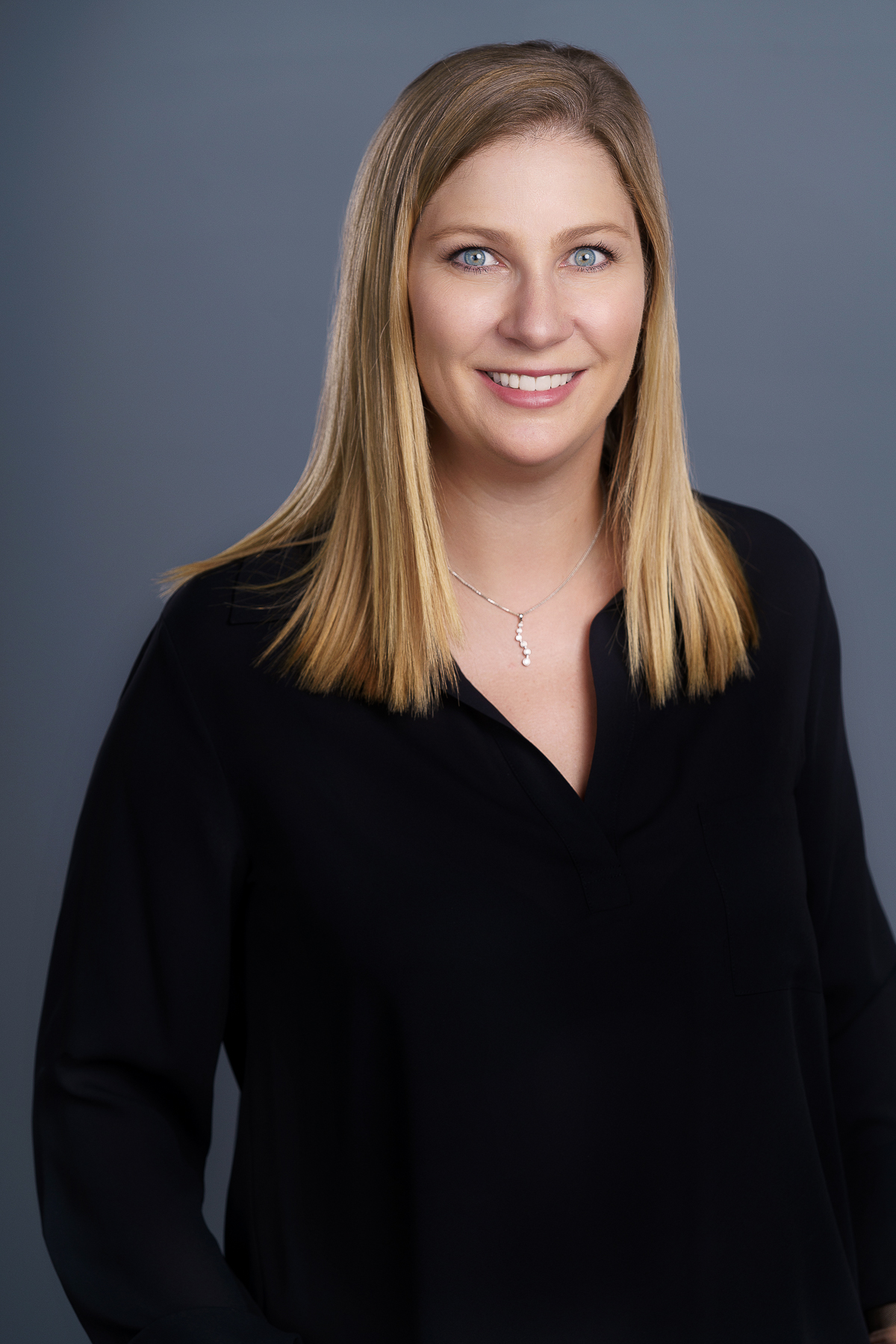 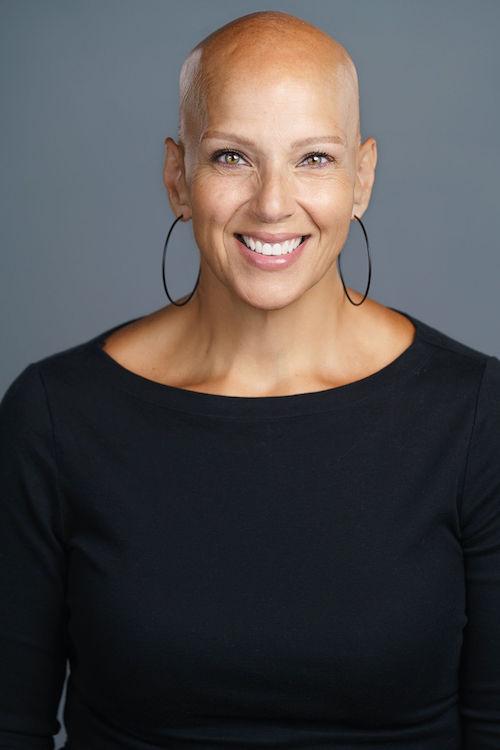 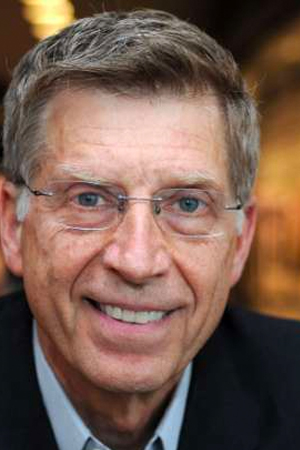 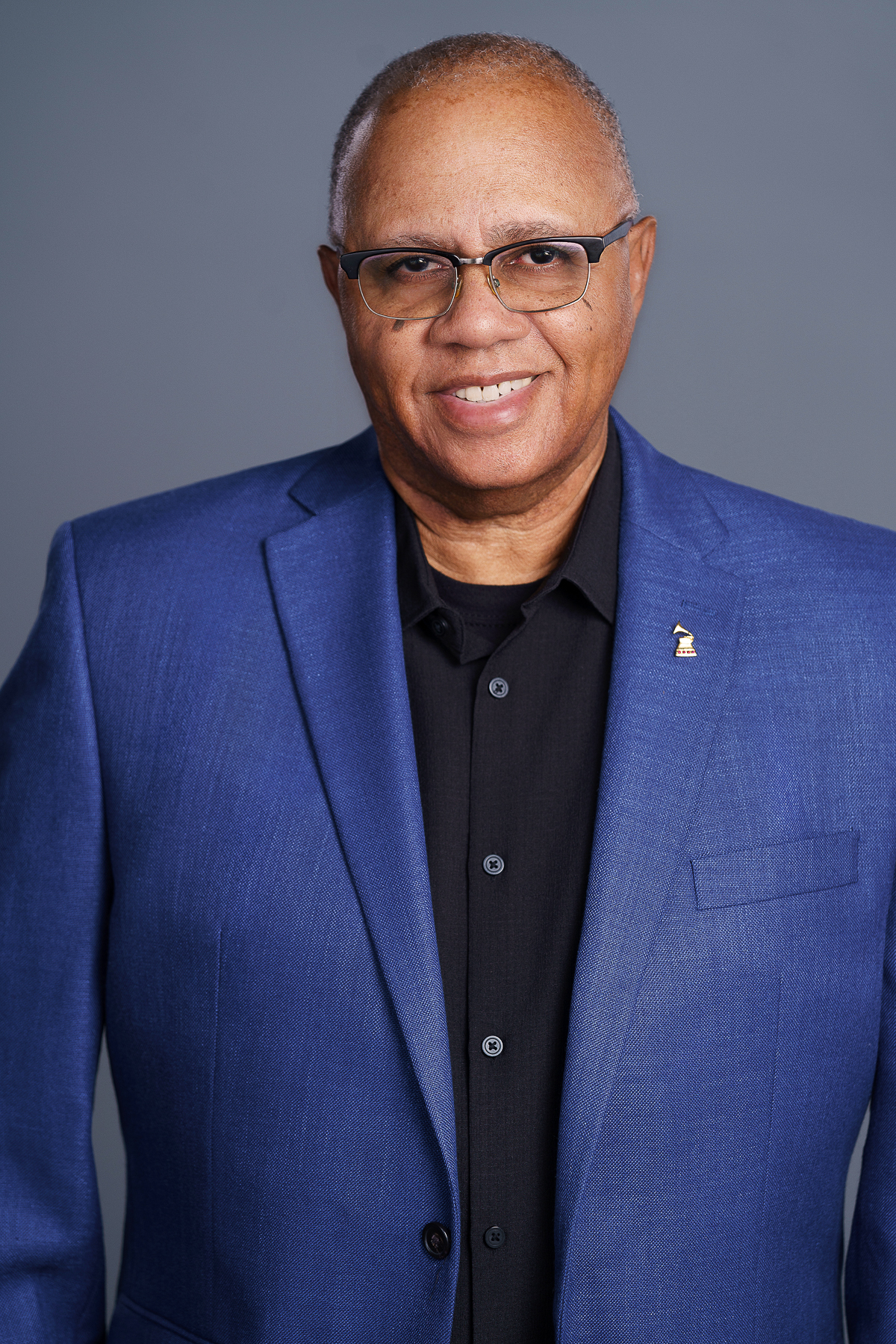 VICE PRESIDENT OF EDUCATION FOR GRAMMY IN THE SCHOOLS 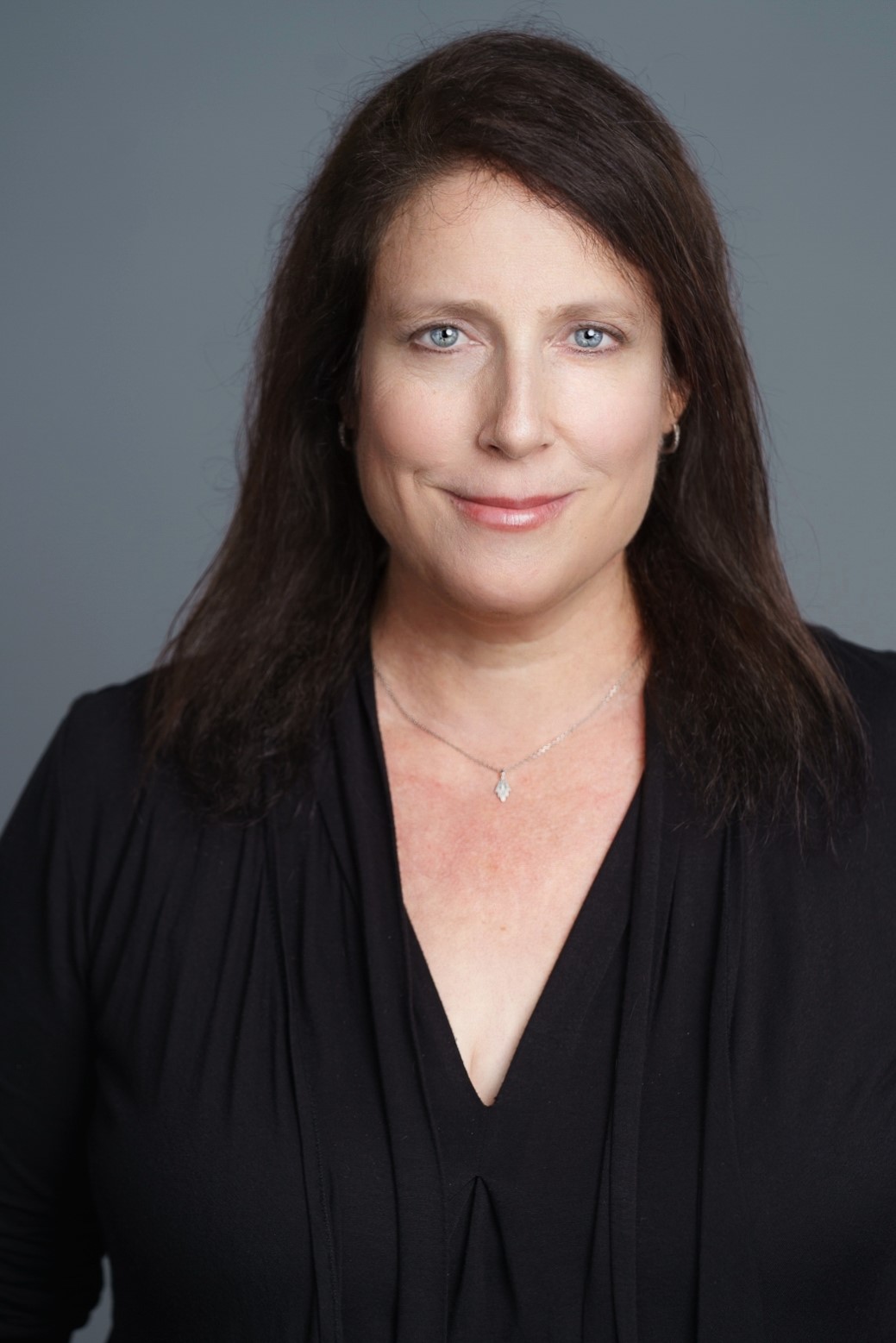 Chair of the Board

Vice Chair of the Board

*Serves on the Board of Director's Executive Committee

Rita George is Chief Program Officer for the GRAMMY Museum. In her role, George will provide leadership, strategy and managerial oversight to the curatorial, community engagement, education, and digital media teams, connecting internal and external partners to create a more cohesive approach to scale the Museum’s diverse programming. George will continue to lead new business development efforts, expand DEIA initiatives, and help oversee the Museum’s offsite locations. As part of the leadership team, George provides support to the Museum’s President and Board of Directors, policy development and HR initiatives.

Previously as Chief Operating Officer, George oversaw day-to-day business and operations for the Museum, led new business development efforts and museum renovations, and managed the strategic planning and curatorial content development for more than 100 exhibits and off-site projects, including the Woody Guthrie Center in Tulsa, Okla.; the opening of GRAMMY Museum Mississippi in Cleveland, Miss.; the GRAMMY Museum Gallery at Musicians Hall of Fame and Museum in Nashville, Tenn.; the Ray Charles Memorial Library in Los Angeles, and the GRAMMY Museum Experience Prudential Center in Newark, N.J., in 2017.

Prior to joining the GRAMMY Museum, George served as director of visitor services, security and operations for the Rock and Roll Hall of Fame in Cleveland.

George graduated from Ohio State University with a bachelor’s degree in journalism.

Hilary Fahlsing serves as the Vice President of Finance, Administration & Operations for the GRAMMY Museum. She oversees the fiscal management of the Museum, including finance and accounting, legal, human resources, and insurance/risk management, as well as the day-to-day business and operations for the Museum and its 50 staff members in Los Angeles.

In her role, she is responsible for ensuring the long-term fiscal health, sustainability and operational excellence of the organization. She also serves as a staff liaison to the Finance and Audit Committees of the Board of Directors. Fahlsing joined the GRAMMY Museum in 2018 and has more than a decade of experience in nonprofit finance, administration and operations.

She began her career as a volunteer for Susan G. Komen for the Cure upon learning of her mother-in-law’s breast cancer diagnosis. During her tenure at Komen, Fahlsing transitioned from an unpaid volunteer to the director of operations for the Los Angeles County affiliate. She continued in the nonprofit sector at Toberman Neighborhood Center as chief financial officer, followed by the Hammer Museum as director of finance & human resources for nearly five years. She has consulted for other nonprofits and has helped organizations navigate significant change from growth to acquisition to other transformations.

Fahlsing holds a Bachelor of Arts degree from UCLA and a MBA from Loyola Marymount University.

During his tenure, Santelli helped the Museum expanded its brand with the opening of new museums in three domestic markets; curated over 65 exhibits, many of which traveled internationally; produced over 600 public programs; and formed educational partnerships with the White House and The Kennedy Center. Following the merger of the GRAMMY Museum and the GRAMMY Foundation in 2017, Santelli was named Founding Executive Director and currently oversees the Museum's outside projects and traveling exhibits.

Prior to joining the GRAMMY Museum, Santelli was one of the original curators of the Rock and Roll Hall of Fame and Museum and was the museum's first Director of Education and Vice President of Public Programs. In 2000, he was appointed CEO of the Experience Music Project (now MoPOP) in Seattle, the first-ever interactive music museum. Santelli also developed the UK's first pop music museum, the British Music Experience.

Santelli a frequent lecturer on American music and a noted blues and rock historian, contributing to Rolling Stone and The New York Times, among other periodicals, as well as the author of more than a dozen books on American music, including Greetings From E Street and The Bob Dylan Scrapbook, both New York Times bestsellers. In 2012, Santelli co-produced Woody At 100: The Woody Guthrie Centennial Collection, which earned him a GRAMMY nomination for Best Historical Album. In 2020, Santelli won a GRAMMY for Best Historical Album for his work on Pete Seeger: The Smithsonian Folkways Collection.

David R. Sears serves as Vice President of Education for GRAMMY In The Schools at the GRAMMY Museum. In his role, Sears is responsible for the Museum's renowned GRAMMY Camp, the Music Educator Award, career-based education programs, and all regional and national education programs and initiatives. He is responsible for creating a path to increase the scale of GRAMMY In The Schools educational activities by developing and implementing more robust online offerings throughout the year. He also works with internal and external entities to expand online education content and deliver it throughout the year.

Sears joined the Recording Academy in 1994 as Senior Project Manager with the GRAMMY Foundation and has since held positions as Director of Education, Senior Director of Education and Executive Education Director. He has been integral in the development and successful implementation of the national education initiatives at the GRAMMY Museum, such as GRAMMY In The Schools, GRAMMY Career Day, GRAMMY SoundChecks, GRAMMY Camp, Music Educator Award, GRAMMY Signature Schools, GRAMMY Sessions, and more. He has held many positions in the music industry, such as professional musician, public high school music educator, music director, composer, arranger, conductor, producer, and more contributing to his multifaceted music background.

Sears is a lifetime voting member of the Recording Academy, a member of the College Music Society Career Development and Entrepreneurship Committee, the Advisory Committee of the Herb Alpert Music Center at Los Angeles City College, the American Society of Composers, Authors & Publishers (ASCAP), and the American Choral Directors Association. He is also a published contributor to the symposium Tanglewood II — Charting the Future and conceived the book of lesson plans Careers Through Music — Building Employable Skills In Your Music Class.

In her role, Sheridan is in charge of all live public programming as well as developing programmatic content for the Museum’s virtual streaming platform. A 30-year music industry veteran, she has been with the GRAMMY Museum since its inception in 2007. During her time at the Museum, Sheridan created the Public Programs series, booking and producing over 1,000 artist interviews, performances, film screenings, and panel discussions with artists such as Andrea Bocelli, Brandi Carlile, Common, Haim, Los Lobos, John Legend, Shawn Mendes, Stevie Nicks, Public Enemy, Mavis Staples, Ringo Starr, Sting, Barbra Streisand, Jack White, Brian Wilson, X, Billie Eilish, and more.

Prior to joining the GRAMMY Museum, Sheridan worked in New York City at Columbia Records, Epic Records, Tommy Boy Music, and the Bob Dylan Music Company. She has booked and produced panels, programs, showcases, and concerts at SXSW in Austin, Americana Music Festival & Conference in Nashville, and various tribute shows at the Kennedy Center in Washington, D.C. Sheridan has also produced concerts such as "Like a Complete Unknown: A Concert Celebrating the Music of Bob Dylan" with the Skirball Cultural Center in Los Angeles, collaborated with the New York Performing Arts Library at Lincoln Center on various programs, and co-produced all five Woody Guthrie Centennial Concert celebrations that took place nationwide in 2012.

Sheridan currently serves as an active board member for the Americana Music Association, as well as Secretary on their Executive Board for the past six years.